There was much anticipation today for Ken Loach’s presence at Cannes. Winner of two Palme d’Or, and only the ninth filmmaker to achieve this feat for The Wind That Shakes the Barley (2006), and I, Daniel Blake (2016), this year’s entry Sorry We Missed You is a drama that explores the struggles of a British family due to difficult labor contracts which echoes the reality of many households living in Newcastle. Loach’s deliberate selection of unknown actors lends a helping hand to deliver a work that achieves his vision of realism. The film highlights the rough lives of ordinary citizens of the United Kingdom and presents itself as a social awareness campaign, like much of his previous works. Deeply moving and socially conscious, Sorry We Missed You is poised to garner the attention needed on a world stage. For Loach, this could mean another Palme d’Or. But good things always come in three, don’t they?

The night also included a special surprise during the screening of La Cité de la peur (1994) at the Cinéma de la Plage. Filled with puns and cultural references that cater specifically to a French audience, the spoof film that parodies major American movies became a much loved cultural darling over the years. To thank its fans for the film’s 25th anniversary, the mythical scene featuring Alain Chabat and Gérard Darmon performing La Carioca was suddenly interrupted, only to be replaced by a live re-enactment of the entire dance by the two actors themselves, in full tuxedos no less! It is for moments like this that make the Festival de Cannes a truly unmissable event. 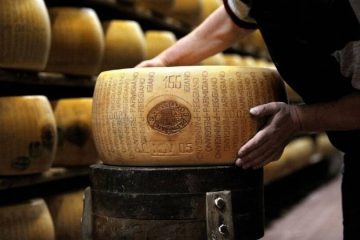 Show me the money… Cheese!

Parmigiano-Reggiano, also known as Parmesan to us folks in North America is treated not only as a delicious accompaniment to your pasta, but also as a form of currency with one particular bank in Italy! 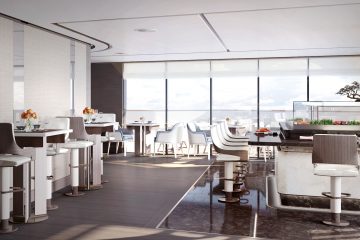 If staying at one of the swankiest brands in the hotel business worldwide wasn’t enough, how about choosing to travel aboard one of their yachts, replete with an attentive staff who will coddle you and ensure that you receive service equal to if not better than what you’d experience at one of their hotels.

Sprüngli – The Chocolate for true Aficionados

In 2017, while en-route to a friend’s wedding in Italy, I was fortunate enough to have a stopover in Zurich international airport in Switzerland. My layover was about 4 hours long, which gave me time to have