Founded in 1908, the brand Rolex is now synonymous with prestige and power. But how did Hans Wilsdorf & Alfred Davis turn a small watchmaking workshop in England into the Swiss giant it is today?

Back in the early 20th century, wristwatches were nothing more than a woman’s jewelry accessory that also happened to tell time. They were designed with intricate patterns and adorned with precious stones to accentuate femininity. All that changed when Hans Wilsdorf and Alfred Davis presented the Rolex Oyster to the world in 1926, convincing stores to display the watch inside an aquarium. It was the industry’s first watertight sealed case watch. The Oyster case, as the design became known, flourished into an enduring icon that is featured in many Rolex models still produced today.

THE GRANDFATHER OF MEN’S LUXURY WATCHES

Presented to the general public in 1954, the Rolex Submariner became a worldwide success. Owning a Rolex was a symbol of success while retaining its functional role of telling time. Built around the Oyster case, the Submariner had the ability to resist to 300 meters of depth, making it ideal for deep-sea diving and military use.

A cult favorite among watch enthusiasts, the Oyster case is also used on the Milgauss line. As a professional tool watch designed to withstand strong electromagnetic fields, it was originally developed for use by CERN scientists in the 1960s. The model was revived in 2007 and updated with a lightning bolt second hand to differentiate it from the others in the Rolex lineup.

In more recent times, the Rolex Sky-Dweller was introduced in 2012 as a perfect companion for the traveling man. Also encased in an Oyster, it boasts an impressive set of features not conventionally found in the relatively conservative brand. But… more on that later.

THE PRESTIGE OF RARITY

The Rolex Cosmograph Daytona had a troubled past. Originally conceived as a candidate for NASA to equip their astronauts flying to the moon, it lost against the Omega Speedmaster. Moreover, it was widely panned by critics and even had to be given away for free with the purchase of another Rolex watch. Nonetheless, the Daytona remained a resilient model, thankfully made popular by actor and racecar enthusiast Paul Newman. In fact, the model owned by the actor himself fetched a record $17.75 million USD in 2017, nine years after his death in 2008. It is, to this day, the most expensive watch ever sold at an auction.

In the watchmaking world, complications are distinctive features that make a watch unique due to its complexity. It often is a showcase of inventive and creative craftsmanship that isn’t commonly found in conventional designs.

For Rolex, the Sky-Dweller does exactly that. From its off-center secondary hour dial to the month indicator on the rim edge of the face, everything on this watch puts on display the technical prowess of the brand. A rotating bezel clicks between different modes to allow the crown to make necessary adjustments. Released in 2012, twenty years after Rolex last inaugurated the Yacht-Master, the watch is now a highly coveted model for the most discriminating collector.

“The Brand Icons” is a new series by BLINKCO Magazine, visiting well-known names under a different perspective. We seek to highlight the history behind each brand, while showcasing both past icons and future star creations. If you represent a brand and wish to be featured as Sponsored Content, please go our About Us page for more information. 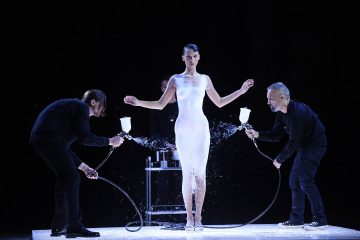 Fabrican – the “spray-on” future of fashion?

Bella Hadid, arguably one of the most iconic and beautiful supermodels in the world broke some new ground at the Paris fashion week in October

Back for the 20th year, Art Basel Miami is set to break new ground!

The 20th edition of Art Basel Miami Beach is expected to be the biggest one ever as it celebrates its jubilee this year. 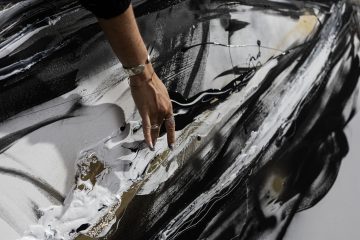 Marie-Chloé Duval is quite possibly one of the most gifted and tireless artists I have had the privilege of meeting. Art to her is not something that is done “on the side” or simply as a hobby or pastime, but is a serious undertaking which occupies every day of her life